I've been prepping some samples for a card making evening at a local museum. I've run two or three evenings a year there for quite a while now and we've built up a little crafting group. One or two were already crafters when they started but most were complete beginners. Each time we meet I try to introduce a new technique or new media. 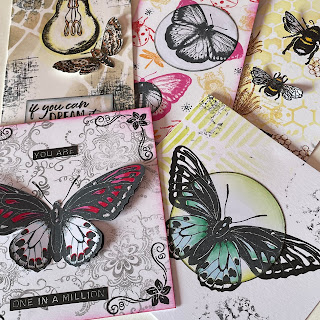 This time I'm going for simple techniques with lots of scope for individual creativity.

The first technique will be spotlight stamping... 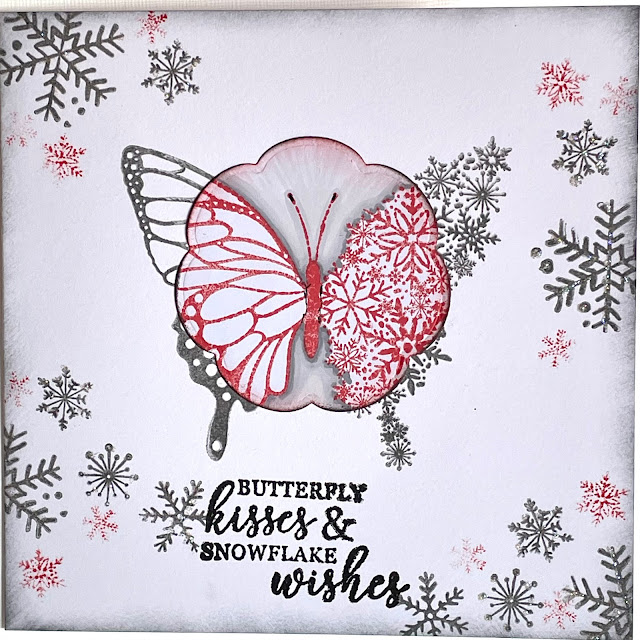 This one also fits the bill for Isa.C Art&Craft #tagalongxmas05 challenge to use red and grey and a snowflake cluster on a Christmas card. The butterfly stamp is by Chloe's Creative Cards and was stamped in the centre of the card in grey, as well as on a separate peice of card in red, which was then die cut and overlaid. A little bit of shading was added with ProMarkers and the snowflakes and sentiment added in Distress Ink. There's a little bit of glitter too! 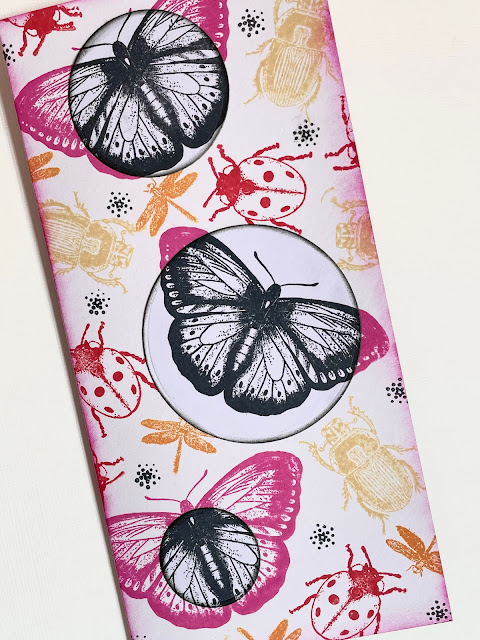 The second one was also pretty easy with the butterflies stamped first in pink direct onto the card, followed by the smaller beasties in bright colours. The butterflies were also stamped three times in black on card and die cut with different sized circles, which were overlaid so the images match up. 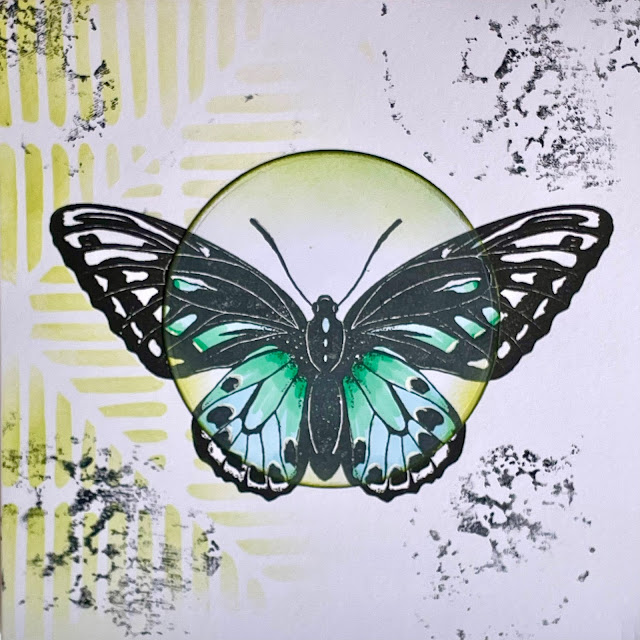 One technique which can be colourful or monochrome and suit cards for all occasions.

Posted by Crafty Claire at 6:00 am 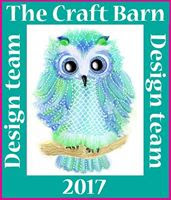 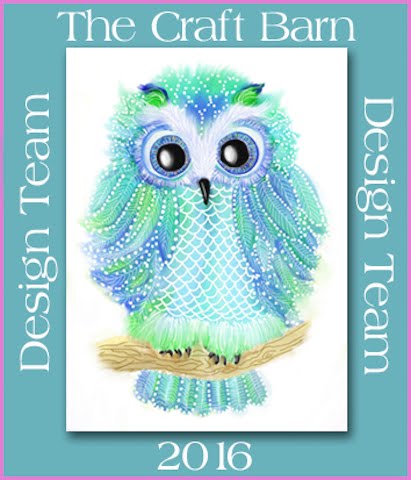